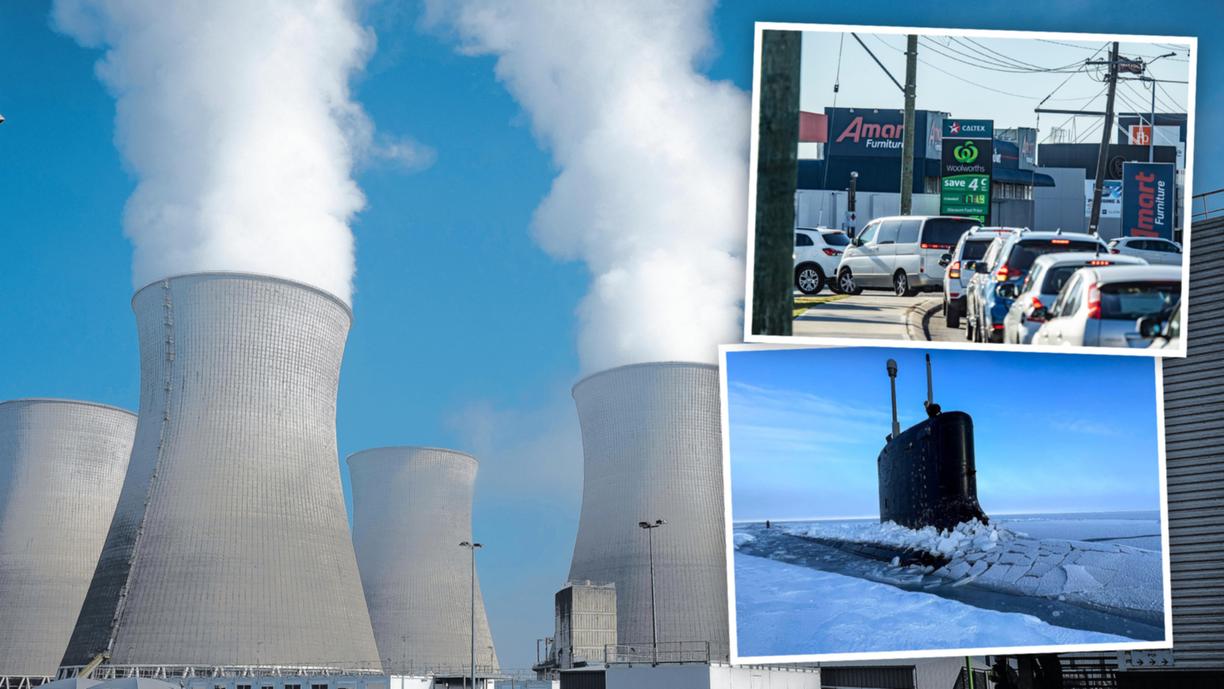 While the Virginia Clean Economy Act authorized the state to participate in the carbon cap-and-trade market, the law also mandated that electric utilities source 100 percent of their non-nuclear energy from renewable sources by 2050. North Anna and Surry nuclear units have both applied for license extensions; final decisions are expected in the second quarter of 2022. If the NRC grants each license extension request, all four Virginia nuclear units will have a total lifespan of 80 years.

The State Corporation Commission warned Dominion not to charge ratepayers for the development of the fifth and final nuclear reactor at its North Anna facility. Dominion has spent $600 million developing the reactor and has yet to decide when it will recoup these costs from customers. The utility has to prove it can control costs in order to get the regulators to agree to its plans. While nuclear power is still relatively cheap, many customers are hesitant to pay the high price of these reactors.

But cost estimates have shifted as the nuclear industry has lost the ability to build large reactors. The Southern Company, which currently operates four reactors, has been trying to add two new reactors since 2013 but the cost has nearly doubled and it is now several years behind schedule. France ranks second in the nuclear generation world, while the United States is fourth. In addition, Virginia is importing a large amount of electricity from other states, which is partly due to coal plants in the Midwest.

The construction cost includes site preparation, design, construction, manufacturing, commissioning, and financing. Building a large-scale nuclear reactor requires thousands of individual components and multiple systems. These components and systems have to be integrated to achieve the requisite generating capacity. This process can take more than five years. In contrast, a natural gas-fired plant can be built in two years. Thus, the cost of construction of a nuclear power plant in Virginia is greater than the operating costs of a gas or coal-fired plant.

Despite recent controversy over the safety of nuclear power plants in Virginia, the science behind nuclear energy is solid. Its use for electricity generation is extremely safe, especially compared to coal mines, which kill hundreds of people every year and pose significant environmental and health risks. Furthermore, nuclear energy saves lives by replacing fossil fuels. However, until the early 1970s, people made extreme assumptions about the possibility of nuclear accidents, leading to dramatic fiction being written. However, today, containment structures are used to address potential risks of nuclear accidents.

One such example of a case is Gregory Croon, the former head of the Nuclear Regulatory Commission, who was charged with a felony. Croon, who is retired from the Nuclear Regulatory Commission, was a senior inspector at the North Anna Nuclear Power Plant, where he oversaw safety inspections for the entire facility. However, he lied about a number of key safety systems, including flood barriers protecting key equipment. Croon's immediate supervisor at the nuclear plant told him to perform physical inspections more frequently.

The assessment also looked at the possible consequences of a nuclear accident, which included earthquake, flooding, and a combination of those. The conclusions were applicable to more general emergency situations as well. Regulatory agencies also study how power plants manage core cooling, used fuel cooling, and core melting, and the effects of these events on the reactor's containment and core. A safety assessment will help regulators determine how to best manage the risk of such an incident.

The Nuclear Regulatory Commission imposed civil penalties on two plants that failed to disclose the existence of a geologic fault line. In fact, a geologist from the local area had identified the fault line during a site visit in 1970. Nevertheless, the Virginia Electric and Power Company (now Dominion Energy) failed to mention the fault line in their construction documents. Instead, the company deleted the reference to a geologic fault line, despite its knowledge.

While these events are not new, the Virginia nuclear power plants are located in an earthquake zone. Virginia has active earthquake zones and is prone to large-scale shaking. The main zones of seismic activity are the Piedmont region, Giles County, and eastern Tennessee. The latter two zones also contain a small section of far-southwestern Virginia, Lee County. Geologists believe that the underlying bedrock of the Piedmont area is composed of a layered sequence of faults that could be related to earthquakes.

According to the Department of Justice's 1977 memo, the government covered up knowledge of the geologic fault line at the North Anna nuclear power plant in Virginia. This meant that the federal nuclear regulators did not act immediately to protect the public. Bradford Whitman, then acting as head of the Atomic Energy Commission, did not recommend prosecution at that time. However, the nuclear power plant was fined $32,500 for false statements made during the licensing process.

The recent cyberattacks on nuclear power plants in the United States have prompted the government and utilities to share information about potential attacks. NERC, the nonprofit organization that oversees electric grids, is analyzing how the latest attacks affect their nuclear power plants. It is not clear what the hackers were looking for, but the report did find that the hackers were mapping out the computer networks of the facilities. While this does not mean the safety systems of the nuclear energy industry are compromised, the recent attacks are a significant step up in the level of cyberattacks against critical infrastructure.

The attack is particularly damaging because industrial control engineers have direct access to dangerous systems. If any system malfunctions, an explosion or a spill of dangerous materials could result. The hackers were unknown, but the report suggests they were "advanced persistent threat" actors backed by the government. It is not clear which type of attack was responsible, but the attackers likely aimed to steal trade secrets or disrupt the energy facilities.

The government's investigation of the cyberattacks at Wolf Creek is the latest in an ongoing probe of the nation's energy industry. Three Russian nationals are being held in connection with the hacking of the single unit 1200-MWe Wolf Creek plant in Kans. According to U.S. officials, the campaign was conducted in two phases. During the second phase, the hackers targeted Wolf Creek's business network.

Nuclear reactors have been safely operating for more than 40 years. The state generates approximately 32% of its electricity from nuclear sources, accounting for 99% of its clean energy production. It also powers over 40% of the Navy's major combatants. Virginia nuclear power plants operate 97 reactors. Nuclear-powered naval vessels have steamed over 150 million miles without incident, and their aircraft carrier and submarine cores can withstand more than a million miles at sea.

The physical security of nuclear power plants was raised to national security concerns following 9/11. The Nuclear Regulatory Commission is responsible for enforcing these requirements. As a result, the Energy Policy Act of 2005 imposed criteria that the NRC must consider when revising its Design Basis Threat, or DBT, which specifies the severity of a potential attack. The revised DBT was issued on April 18, 2007.

The US Army, Virginia Tech, and other universities built reactors in Virginia for educational purposes. However, nuclear energy in Virginia has focused on the production of electricity, rather than producing military or medical equipment. An investor-owned utility, Dominion Power, has built four nuclear reactors in Virginia. Two were built in Surry County, one in 1973 and the other in 1978. Together, they can produce 1,863 megawatts of electricity.

Currently, a state law prohibits nuclear power plant construction in West Virginia. The ban, which had been in effect for 25 years, was repealed by the state last month. The law requires nuclear facilities to be economically viable for West Virginia ratepayers and comply with environmental laws. However, some nuclear experts argue that nuclear could be used for industrial heat instead of power generation. Another option is the construction of small modular reactors. These reactors can produce up to 300 megawatts of electrical output, and they can be built in areas where bigger nuclear plants would not be appropriate. They are designed for remote locations, and require less capital than larger facilities.

In 2013, Areva, a French multinational group, announced that it would establish an Operational Center of Excellence for Nuclear Products in Lynchburg. The company was planning to invest $26 million in machinery and technical services to support the new plants. In addition, Areva plans to increase the technical services group and produce new reactors. But if the plan goes through, the company could end up charging ratepayers for the development work.