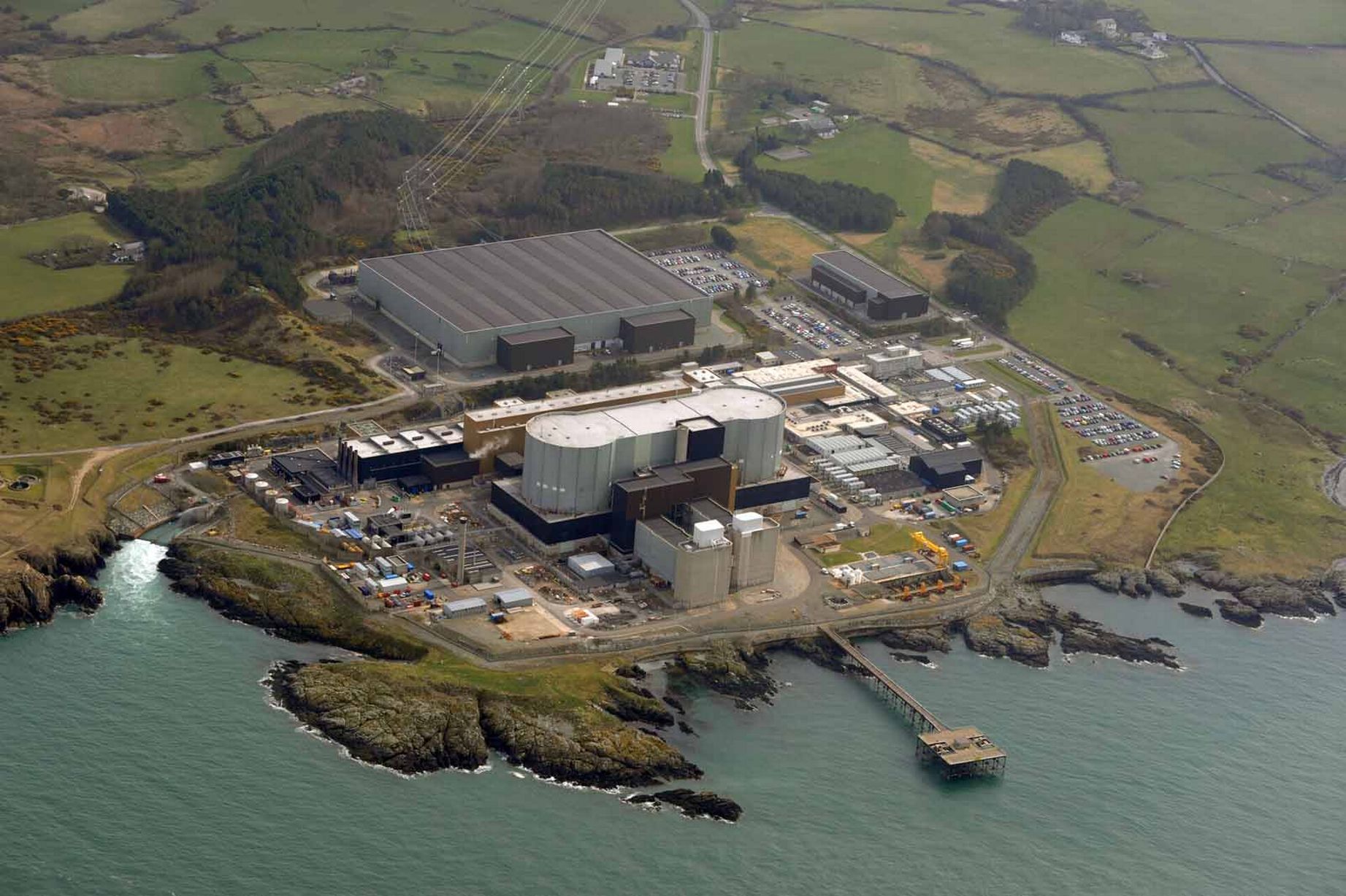 Despite the recent withdrawal of plans to build a new nuclear power station at Wylfa, the UK government continues to hold "exploratory discussions" with groups interested in building a new plant on the island. "Wylfa Newydd" is a disappointment for Anglesey and the nuclear industry, but the island remains an attractive location for new nuclear power, said NIA chief executive Tom Greatrex.

After more than a decade of major investment and development in Anglesey, Hitachi subsidiary Horizon Nuclear Power withdrew its plans for a new nuclear plant at Wylfa, Wales, in January. The company cited funding concerns in its decision. However, the Wylfa Newydd DCO Project will remain on the site despite the company's decision to withdraw from the project.

The decision to abandon the project comes amid the ongoing discussions between the UK government and Hitachi Ltd, the parent company of Wylfa. While discussions have been encouraging, no definitive proposal has emerged. However, the Anglesey Council has said in statements that Wylfa is one of the best sites in Europe for new nuclear development. The new facility's development would bring great economic rewards to Anglesey.

Government sources have indicated that talks between the government and industry are intended to clarify and understand the propositions proposed by each party. However, the government is not willing to give a green signal to investors until it is certain that the project will meet its carbon reduction targets. In fact, the government is concerned that existing nuclear projects may not meet the UK's 2050 net zero target.

A letter from Horizon Nuclear Power inviting Ireland to participate in the transboundary consultation on the project has been published by the Department of Housing and Local Government. The letter was sent to local authorities and accompanied by a consultation period. The consultation period closed on 15 February 2019.

A new nuclear power plant is an important part of the UK's energy strategy. The government must build a fleet of nuclear plants to meet its net-zero target by 2050. Anglesey is ideally located for such a project, and the UK government must find credible ways to fund them. With COP26 just weeks away, the government must decide whether it will intervene or let these plans fail.

There are several consortia currently in the running to build a nuclear plant in Anglesey, but only one is committed. The US engineering firm Bechtel and a UK-based company called Shearwater Energy have both submitted proposals for the project. Bechtel has said Anglesey is the most suitable location for a large nuclear power station.

Although there are environmental and social arguments against nuclear power, Anglesey has a unique social licence and is home to multiple generations of supporters. If it goes ahead, the Horizon nuclear power station could create 6,000 construction jobs and hundreds of apprenticeships. After successful application, construction could start immediately. Currently, preliminary design work has already begun. Contracts have been signed with Westinghouse Electric Company and Areva.

The proposals have been a source of considerable concern to Anglesey residents. The Wylfa site has been the site of a decommissioned power station. Hitachi's PS20bn project, dubbed Wylfa Newydd, was abandoned earlier this year when the UK Government failed to reach a funding deal with the company. This decision was seen as a major setback for the Anglesey economy and the UK's low-carbon energy ambitions.

Wylfa is a quiet tourist attraction

The Anglesey nuclear power station, known as Wylfa, has been a major employer on the island since the late 1960s. Many of the current staff are now in their third generation, and most earn excellent wages and spend their income in their local communities. The nuclear power station generates PS22million a year for the island's economy, and a new build could provide hundreds of jobs and supply chain opportunities.

The current site for the new nuclear power station, which is called Wylfa, has attracted criticism from locals and tourists alike. However, the local population is largely in favor of the project, which will create much-needed jobs and economic benefits. However, there are some major concerns about the plant's safety and nuclear waste management. In addition, the Westminster Government's goal is to push the industry towards an acceptable solution.

Visitors can walk through the ruins of a former copper mine. The old coal plant and the former mines are now a quiet tourist attraction. Visitors can get a bird's eye view of the site and the surrounding countryside. There's also a museum dedicated to the island's geological heritage. Nearby, the quiet, curving shingle beach at Cemlyn Bay is a nice, sheltered spot. Visitors can also stop at Llanbadrig Church and admire the views of the Skerries.

The new power plant has been under development for nearly 40 years. Horizon Nuclear Power and other developers are planning to build a new nuclear station adjacent to Wylfa. While this nuclear project may not come to fruition, the Island's local people can expect a better quality of life. By working together, we can make the most of this new construction. If the planning is right, the construction could boost the local economy and improve the quality of life.

Reactor one at Anglesey is expected to reopen in about two weeks, following a two-week shutdown. The plant had been planned to shut down in November 2012 due to safety concerns, but the shutdown could be delayed by up to 15 months. The nuclear power plant has been shut down twice in recent years, most recently for maintenance in 2012.

The plant was closed for extensive maintenance because of concerns about the safety of the plant's reactors. An April 2000 safety review found deteriorating welds, and the deteriorating condition of the reactors prompted a permit application from Greenpeace. In August 2001, the site received a permit to restart, although problems with radiolytic depletion of graphite moderator blocks continued to be a concern. The plant was eventually restarted in March 2002, but environmental groups such as the PAWB and other groups have urged an early shutdown.

The plant was originally called Vandellos 1. It was a 480 MWe gas-graphite reactor. It was closed in 1990 due to turbine fire, making it uneconomic to repair. In 2003, ENRESA completed phase two of the reactor decommissioning project, enabling most of the site to be released from the power station. The decommissioning project is expected to take around 30 years, and is costing EUR93 million.

Reactor three at Anglesey nuclear power station was also shut down on January 6. It is scheduled to be back online by January 2024. The remaining two reactors, units 3 and 6, are currently under routine inspections. In addition, unit eight is undergoing MCR, and work on the remaining four units will begin in the next few years.

Following the completion of the Generic Design Assessment (GDA), Hitachi-GE's UK ABWR is now ready for licensing. To tell you about the results, Hitachi-GE's Regulatory Advisor Dave Watson and Technical Director Mark Lunn spoke to World Nuclear News. As part of the announcement, the Office for Nuclear Regulation (ONR), Environment Agency, and Natural Resources Wales (NRW) issued a Statement of Design Acceptability, which confirms the design of the reactor.

The GDA process is carried out by the Office for Nuclear Regulation (ONR), which is responsible for reviewing new reactor designs. In the UK, the Office for Nuclear Regulation (ONR) and Environment Agency (EA) have both issued Statements of Design Acceptance for Hitachi-GE's UK ABWR design. The regulatory body expects all new build projects to undergo the GDA process.

A final GDA report is expected by the end of this year. The GDA process is intended to identify potential design flaws before the plant is built. It allows regulators to work with designers at the earliest stage of the project and iron out any issues before they are discovered. However, it has not worked as intended. The GDA process has been a nightmare for both companies.

A key element of the GDA process is a requirement for HEPA filters in HVAC exhaust systems and safe change HEPA filtration units. The two regulators have different interpretations of ALARA and the filtration methods used in their country. UK regulators require HEPA filters on the reactor and turbine buildings. This requirement is important to the safety of all UK reactors. However, the GDA process has been a significant setback for UK nuclear reactors.