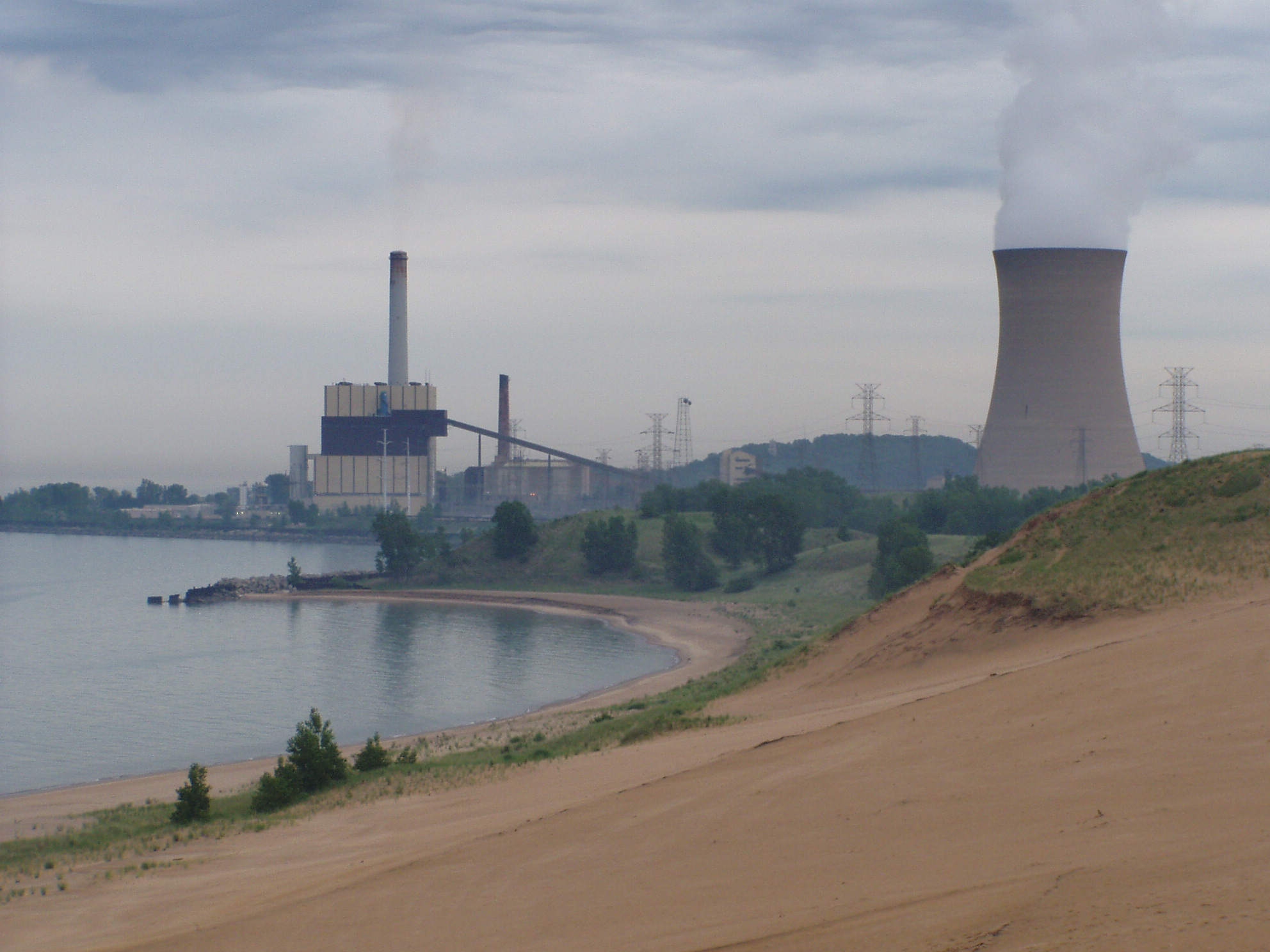 A new bill in Indiana is aimed at small modular reactors, a much smaller form of nuclear power. These reactors are flexible and more efficient than mammoth reactors. There are currently no such reactors operating in the United States, so the bill does not mandate that they be built. Instead, it sets guidelines for state regulators to take into consideration. This could make a significant difference in how many nuclear power plants are built in the state.

In an effort to promote the benefits of SMRs, some citizens in Indiana are opposing a bill that would classify SMRs as "clean energy" under Indiana law. In essence, the law allows utilities to charge ratepayers for SMRs while the facilities are under construction and before they produce electricity. This is inherently unfair, as SMRs can have high construction costs and long construction times. Regardless of the benefits of SMRs, opponents should remain vigilant.

One such proposal is to repurpose a coal plant, such as a combined heat and power unit. This would not only help maintain the tax base for coal communities, but also provide new jobs for employees of the coal plant. In addition, SMRs would also have a well-established perimeter, and a workforce that would be easily trained. As a clean energy project, SMRs in Indiana would qualify for financial incentives that could cover construction costs.

A small modular reactor (SMR) plant is an attractive option for communities that wish to go carbon-free. Such a project would provide a steady supply of clean power while not causing any damage to the environment. Currently, the only SMR design approved by the NRC is being developed by NuScale Power. A small modular reactor could be built in Indiana in about a decade and create as many as 1,600 jobs during construction. In addition, the company estimates that SMRs could create 667 jobs a year for the region.

In addition to these benefits, SMRs are a green alternative to traditional coal power plants. Compared to conventional nuclear power plants, SMRs are significantly smaller and can produce a large amount of low-carbon electricity. They are modular, which makes construction time and cost much less. Further, SMRs can be built offsite, which can save money during construction. If the plant is constructed in the future, Indiana is poised to be a leader in energy innovation.

The Republican-controlled state government in Indiana and the coal-fired power industry are battling over regulations that would reduce carbon pollution. The states are fighting to delay the federal Clean Power Plan, which calls for a sharp cut in greenhouse gas emissions from electric utilities. However, Indiana is not alone in its opposition. Wyoming and Ohio, both states with Republican governors, are also considering closing coal-fired power plants in their early stages.

The United States Environmental Protection Agency, which sets standards for carbon dioxide, mercury, and air toxin levels, is enforcing the shift away from coal. The Clean Power Plan is an effort to combat climate change by requiring power plants in Indiana to drastically reduce their carbon dioxide emissions by 2030. Despite the pending changes, the Indiana coal industry is facing some tough competition. With fracking and new regulations for renewable energy, the coal industry is seeing an even bigger decline in profits.

While opponents of coal-fired power plants say the new facilities will increase efficiency, some believe they will not improve air quality. The new Edwardsport plant will generate up to 10 times more electricity than the old facility, and it will have a much smaller environmental impact. Emissions from the new plant are estimated to be 70 percent less than those of the old one. However, it is still unclear whether these new coal-fired power plants will actually improve air quality in Indiana.

Although it is difficult to tell if Merom will close its doors, the shutdown won't increase utility rates. Consumers will see a small savings around 2023, and larger savings 10 to 15 years from now. The plant's site is likely to be reused. As a result, Indiana Power and Light and NIPSCO have announced plans to wean themselves off coal within the next two decades.

Proponents of Small Modular Reactors, also known as SMRs, are pushing for their deployment at nuclear power plants. Proponents cite safety and economics as reasons for the move, but critics question how the reactors would store radioactive fuel. In addition, they are decades away from being constructed, according to NuScale Power, an Oregon-based company that lobbied for Senate Bill 271 and has produced the only design approved for safety purposes.

The bill would also help Indiana repurpose retired coal plants. Besides providing new jobs for former coal plant employees, small modular reactors could maintain a tax base in the area. In addition, the existing coal plant has a perimeter established, as would the workforce. Because of its similarities with coal energy, SMRs would qualify as a clean energy project in Indiana, and therefore be eligible for financial incentives.

The bill also includes small modular reactors in the definition of clean energy technologies and would give utilities the ability to pass on construction costs to their customers before the plant goes online. Small modular reactors at nuclear power plants in Indiana would generate 350 megawatts of electricity, which is enough to power a small city. Historically, Indiana has relied on coal, natural gas, wind, and solar energy for its power. However, the bill would still require approval by the Indiana Utility Regulatory Commission, which regulates utilities.

In a recent hearing, a former vice president of Indiana Michigan Power noted the benefits of using SMR technology for a coal-fired power plant. The proposed nuclear plant's safety zone would be 30 acres compared to 10 miles for large reactors. The reactor's output would be used for grid power as well as individual use. Proponents of SMRs say SMRs could attract new commerce to the state, including data centers, electric vehicles, and crypto currency mining.

Concern over the disposal of radioactive waste at a nuclear power plant in Indiana has increased over the years. Environmental activists have called for onsite storage, but others are worried about the potential dangers of transportation. While the transportation of medical isotopes is completely safe, the toxicity of nuclear waste has sparked concerns. While the country's experience is mixed, the safety of onsite storage and transport is generally a good idea.

The state's largest electric utility, Duke Energy Indiana, has no plans to build a small modular reactor in the state, but is closely following developments in this technology and is exploring new options to provide reliable, carbon-free power. Meanwhile, the Northern Indiana Public Service Co. plans to retire all coal-fired power generators by 2028 and replace them with renewable sources of energy. However, the utility has not received any bids from SMR vendors.

Current storage for spent nuclear fuel bundles involves placing them in a water-filled pool. After seven years, the fuel bundles are then placed in dry storage silos, which are made of 20-inch thick concrete with steel half an inch thick. Dry storage silos have a 50-year lifespan and can be refurbished, but they do not address the long-term needs for safe storage. In 2007, the state opted to use a deep geological repository, which is the preferred solution.

Waste storage at nuclear power plants in Indiana must be in full compliance with federal requirements. These regulations require that nuclear power plants dispose of high-level waste in accordance with federal and state regulations. They must be built according to safety standards and meet government guidelines. As long as they follow these guidelines, their operations will be safe and environmental. And, even if they are not operating according to the federal rules, they must be certified.

The Sierra Club has criticized the utility's plans to close its Petersburg Generating Station in Indiana, saying it is a "super polluter." The organization plans to keep the plant's two remaining coal-fired units until 2023, after which it will switch to natural gas through a combined cycle gas turbine (CCGT). But despite the environmental impact, the company is planning to operate the remaining units until 2022, and is considering several scenarios, which will ensure reliability, affordability, and approvals.

The Sierra Club, one of the world's largest environmental groups, has been challenging the company's fuel generation plans in open letters and social media posts. The company recently released a plan laying out its fuel-generation plans for the next two decades. The company is required to submit detailed plans every three years, but these plans are not binding. Unlike state regulators, the plans are subject to change.

The company has proposed a 20-year integrated resource plan for the plant, which calls for the retirement of four coal-fired units within five years and a fifth by the end of the decade. By 2028, it hopes to produce more than 65% of its energy from renewable sources and 25% from natural gas. While the utility acknowledges that it must change, some groups feel it has moved too slowly and haven't done enough to meet the deadline.

Another plan is to accelerated the retirement of its Gibson coal-burning units. This would allow the two 500 MW units to be retired earlier. Earlier plans called for the units to retire at a slower pace. If these plans go through, the company could have avoided the closure of its Petersburg Generating Station in Indiana altogether. However, a natural gas pipeline from Kentucky is still needed to produce electricity.