Which Resource is Both Renewable and Inexpensive? 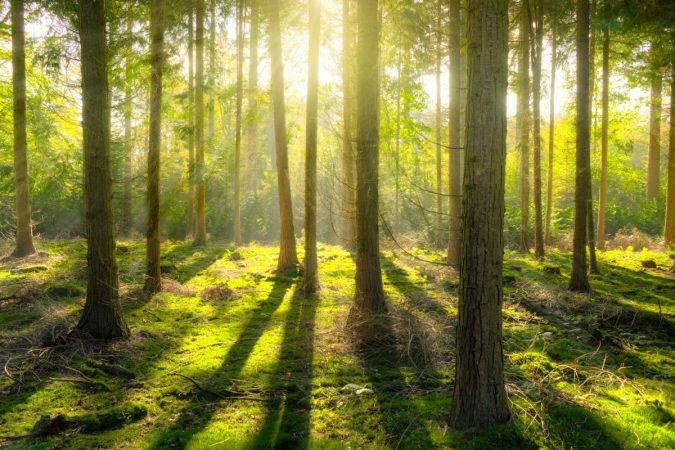 There are several world resources that are both renewable and inexpensive. One of them is sunlight. It's free, abundant, and emits no emissions, which makes it an excellent source of energy. However, how do we harness sunlight for energy? In this article, we will consider several methods that harness sunlight. To get a clear idea of their effectiveness, we will look at the pros and cons of each resource. So, which resource is both renewable and inexpensive?

Solar panels can convert sunlight directly into electricity. Not only do they provide light, but they can also harness the heat of the sun to heat homes or businesses during the colder months. Solar panels are also effective at providing hot water and cooling large buildings. With solar panels, people can produce electricity for their homes and businesses without replacing any other energy source. They can even provide power to large power plants. These solar panels are renewable and inexpensive.

There are many renewable and inexpensive sources of energy available around the world. Sunlight is one of these resources. It is abundant, free, and emits no harmful emissions. Solar panels can be used in large-scale applications without any environmental consequences. Several types of paints and batteries can absorb light. Using these renewable sources of energy is the most environmentally-friendly way to power our homes and businesses. This alternative energy source is also highly efficient.

In many countries, hydropower has provided cheap electricity and continues to do so today. Hydroelectric projects have the lowest life cycle costs (LCOE) of all power-generating sources. It contributes to system stability and can also provide various grid ancillary services. Large hydro projects typically have a cost per kWh of less than $0.02, while the LCOE of utility-scale solar photovoltaic systems is about $0.10/kWh. The cost per kWh of hydropower varies depending on the region; for example, in Asia and South America, hydroelectricity has a LCOE of $0.04/kWh and $0.06/kWh.

Pumped-storage hydroelectricity uses surplus electrical energy to pump water to a reservoir at a higher elevation. This type of hydropower plant is primarily used for load balancing purposes. However, there are environmental concerns associated with hydropower. A large number of hydropower dams are notorious for polluting local waterways, and they have caused massive impacts on freshwater fish populations. Especially biodiversity hotspots have been affected by hydropower dam construction.

In addition to saving on energy costs, hydroelectric power plants help protect local waters from flooding. These reservoirs also help protect water tables and reduce the risk of flooding. Ultimately, hydroelectricity also improves the reliability of the world's electricity systems. The cost of electricity is also lower than that of fossil fuels and is highly cost-efficient. Hydropower is also environmentally friendly, which means it can help fight climate change at the same time.

Another benefit to hydropower is that it is free and renewable. Hydroelectric facilities are small and large, and can take advantage of municipal water flows or irrigation ditches. Some hydropower facilities are "damless," channeling part of a stream through a powerhouse and then back to the river. Hydropower is a green and clean form of energy, used by all but two states. It is also very efficient, so hydropower is a good choice in many locations.

Since fossil fuels have been the primary source of energy since at least 1,000 BC, geothermal energy has been a growing option. However, this resource isn't renewable. Our actions have caused untold damage to the environment. While some of the damage can be undone, we'd like to prevent further damage. That's why many people are looking for alternative energy sources that are renewable and inexpensive.

Geothermal power plants tap into the higher temperatures of the Earth's interior to generate electricity. They use a pump to bring hot water under high pressure from deep underground to the surface. The water then turns to steam and turns a turbine to produce electricity. This method is particularly useful in regions with variable renewable sources, like wind, solar, and geothermal, which vary in output. In some areas, geothermal power plants can balance intermittent renewable energy sources and provide baseload power.

In regions where temperatures vary by as much as 150degC, geothermal energy is an ideal source of baseload power. However, commercial geothermal power projects are expensive, costing between $2.5 million and $5 million per megawatt. Additionally, the cost of exploration and drilling for new reservoirs drives the costs up. The majority of geothermal resources are uneconomical to exploit with current technology and energy prices.

Geothermal power plants draw hot water from underground reservoirs and use it to power a turbine. The steam from the geothermal reservoir is returned to the ground to prolong the life of the heat source. A typical geothermal plant can generate up to 11700 megawatts of electricity in a year. This is equivalent to the annual energy needs of six million typical U.S. households. Another benefit of geothermal energy is its affordability and abundance.

The economic and environmental benefits of offshore wind are undoubtedly overstated. Although its intermittent output will reduce greenhouse gas emissions, it will not eliminate air pollution. The cost of producing ORECs will depend on demand and supply conditions. If the demand exceeds supply, the price will increase. If the supply exceeds demand, the cost will decrease. The same is true for the oil and gas industry. While offshore wind is renewable and inexpensive, it may be too expensive for many consumers.

The government subsidy is passed on to electricity consumers. The government has mandated offshore wind farms in 13 states, including Massachusetts. Its regulated electric utility, Long Island Power Authority, has also agreed to finance Coastal Virginia Offshore Wind. It has also been approved by the Massachusetts DPU and NYSERDA to build a facility in the state. In addition, the utility's regulator, the NYSERDA, approves contracts for offshore wind projects.

As for the cost of offshore wind, it is still too expensive and has not yet proven to be cost effective. State leaders have invested years in setting up infrastructure and training programs for offshore wind development. The economic benefits of offshore wind are not only being questioned, but also the cost of other alternative sources of electricity. As such, the policymakers are betting on this renewable source and hoping it will be an economic growth driver. If this happens, it will be too late for many states to adopt it.

However, the costs of decommissioning eight offshore wind farms are estimated to be more than PS200,000 per MW. This is because the larger turbines are harder to remove and dispose of. Also, the higher cost of a decommissioning operation exceeds the projected revenues. Consequently, the rational economic response is to shut down the project. This is also the case for a 12-MW GE Haliade-X turbine with three-quarter-mile-long blades.

Although offshore wind projects are largely in federal waters, state policies are helping this new technology grow. For example, in California, Gov. Gavin Newsom has proposed investing $45 million in offshore wind infrastructure. Similarly, the California Energy Commission has set goals for 2030 and 2045. Moreover, the state will hold lease sales for offshore wind projects in the Pacific Ocean. In addition, industry leaders are pressing the government to eliminate strict price caps that prevent projects from being built.