Construction of Hinkley Point C Nuclear Power Station - Who Will Pay For It? 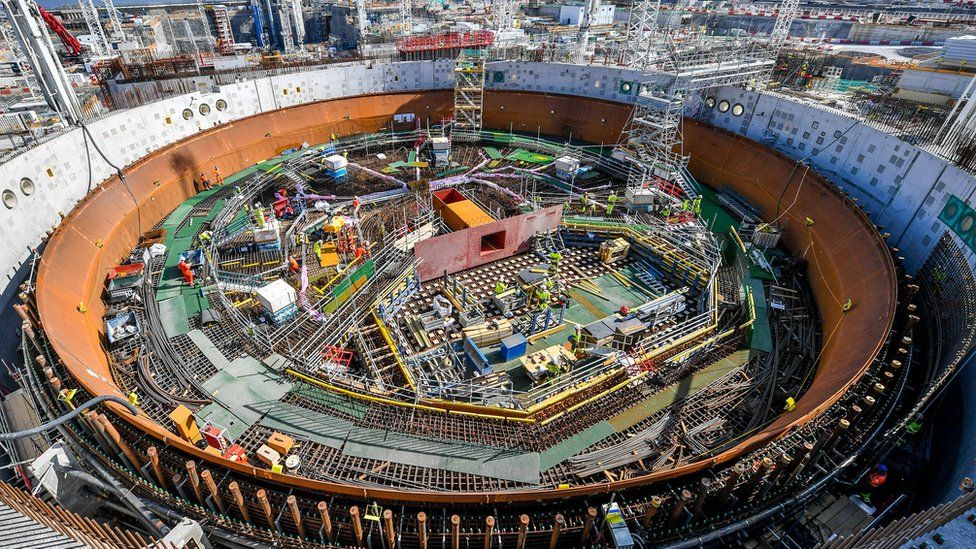 Construction of Hinkley Point C nuclear power station - Who will pay for it? And how much will the economy suffer from it? In this article, we will examine these issues. In addition, we'll examine the potential economic impact of the project, including the strike price and ownership issues. And we'll also explore how private companies can finance the project if they're willing to pay the development costs.

The construction of Hinkley Point C nuclear power station is underway. A recent BBC news story reported on the project. On October 8, 2012, the World Information Service on Energy published an article about the station. The BBC reported that protesters have been arrested on the site, and that the power plant received the final investment decision. The plant will consist of two 1,630MW European pressurised reactors, a turbine hall, and a conventional island.

The plant's massive construction requires a crane as large as the Big Carl. Big Carl is the world's largest crane, capable of moving 575 tonnes. It was used to install the first of three massive prefabricated steel ring sections that form the reinforced cylinder surrounding the reactor. They were manufactured on site and the precision and quality of their production was compared to watchmaking on a huge scale.

Another major problem has been the pandemic, which affected the UK during the construction of the plant. This affected the company's timeline and increased its costs by more than 500 million pounds. As a result, the project's completion date has been pushed back to June 2027. It is now estimated to cost PS25 billion (USD3.3 billion), but EDF Energy is not ruling out further delays.

The EDF has been unable to make any progress on the project since 2007. In 2007, EDF's chief predicted that turkeys cooked with atomic power would be on the table by 2017. This is unlikely to happen, but the EDF is trying to move ahead anyway - despite the fact that it's been hit by a pandemic. The French utility is not alone in facing this problem. In fact, Hinkley Point C was approved in 2016, even though it cost PS18 billion.

The Strike price for Hinkley Point C is the set price for the energy produced by the new nuclear power station. This price is guaranteed to increase along with the Consumer Prices Index. Although Hinkley is privately owned, the government is still subsidising the project by paying for any cost overruns. In addition, the cost of energy is set to be more expensive than the market rate, which is around PS40 per megawatt hour.

The proposed plant is expected to cost up to PS1.5 billion. However, it is important to note that this price will increase if the Hinkley nuclear power plant is delayed by another year. The construction of Hinkley Point C nuclear power station will not be completed until 2023, which is a significant increase over the original cost estimate. Besides the huge price tag, this project has many other benefits. It will be a major addition to the UK's energy supply, providing electricity to up to six million homes. The plans were announced more than a decade ago, but the Hinkley Point A and B reactors have already ceased producing electricity. It is slated to be decommissioned no later than July 2022.

The government has a number of options available for reducing the cost of developing the new nuclear power station. The government can support RAB, which helps investors manage capital costs and speeds up the project. This is particularly good news for the nuclear industry. The government has announced PS210 million in public funding for the development of SMRs, as well as a PS250 million private investment. While these options are still a long way off, the Hinkley Point C plant could still be completed by the end of the decade.

The Hinkley Point C nuclear power station is the result of nearly four decades of decisions and policy making. The result has been an unholy mess of broken promises, dropped policies, and rocketing costs. Now the government must decide whether or not to proceed with the project. What are the benefits of this arrangement? Let's explore them. First, Hinkley Point C is a new source of electricity for Britain.

China General's stake in the Hinkley Point project is a major concern, and the UK is negotiating with it. The company also has a stake in the Sizewell project in England. The deal with the Chinese company may have been necessary for the Hinkley project to be feasible. China's HPR1000 reactor is on schedule for completion in early 2022, but relations between the UK and China have soured since the original deal. A RAB approach would eliminate the need for Chinese funding, broaden the pool of potential institutional investors, and reduce the U.K.'s dependence on overseas developers.

While the UK government has adapted its plans to meet the concerns of the European commission, questions remain about the calculation of the strike price. The UK has hired LeighFisher to estimate the costs of building Hinkley. The government is now in talks with the company for a UK Guarantee. The UK Guarantees Scheme is open to eligible infrastructure projects including renewable energy. Such a scheme would allow a fair allocation of risk, give the NNBG the certainty it needs to build the plant, and meet the Government's key objective of decarbonisation at the lowest cost.

Ownership of Hinkley Point C nuclear plant is controversial, but the French energy company EDF has said it is committed to the project. The company agreed to pay for cost overruns and the electricity price was fixed at PS92 per megawatt hour. However, critics say that the energy from Hinkley will be expensive, while the latest offshore wind farms have agreed on a strike price of around PS40 per megawatt hour.

When the banking crisis hit Britain in 2008, it looked like Hinkley Point C was on its way to being built. But when the government stepped in to bail it out, the private sector backed out. This meant that the UK would have to foot the bill for the new power station. The government had previously insisted on private sector funding, but that meant that the company would have to bear the development costs and risk of constructing the power plant.

The project will create over 71,000 jobs in the UK. During construction, it will use over PS4 billion and employs over 22,000 people. The nuclear power station will provide enough electricity to supply five to six million homes in the UK. It will also create thousands of new jobs in the South West. Meanwhile, the UK's nuclear industry is set to benefit by around PS3bn through the project, which is almost double what the government originally hoped it would be.

The government's first public statement in support of Hinkley Point C said that the nuclear energy industry has worked closely with politicians and energy journalists to explain the benefits of this technology. The government's "Meeting the energy challenge" report, published in May 2007, reaffirmed its support for nuclear power, claiming that there had been significant changes in the economics of nuclear energy. According to the report, energy companies now want to build new nuclear power stations in the UK.

Another factor that should make the decision to build Hinkley Point C nuclear power station worthwhile is the cost of renewable energy. The company's CEO Henrik Poulsen believes that offshore wind farms could meet the UK's energy needs at a fraction of the price. And some industry experts believe that the electricity cost of wind farms could reach PS80 per megawatt-hour by the mid-2020s.

In 1990, the government approved the construction of Hinkley Point C, the first of a new generation of UK nuclear power stations. The reactors will provide 3,260MW of electricity for up to 60 years. The company has since applied to remove a fish deterrent. In response to the concerns about environmental impact, Jacobs has offered to support the project with a range of professional services, including independent verification of ultrasound inspections of safety critical components.

The environmental impact of Hinkley Point C nuclear power plant is estimated at 0.7 tonnes of CO2 per megawatt hour, which is significantly lower than the carbon emissions produced by wind and solar power. A study commissioned by EDF and verified by engineering consultants WSP found that the power station would result in fewer carbon emissions than conventional power sources, including wind and solar energy. The results of the study were compiled and published in the report Life Cycle Carbon and Environmental Impact Analysis of Hinkley Point C Nuclear Power Plant Development, which was published on the World Bank website.

The environmental impact of Hinkley Point C nuclear power plant has generated concerns from many corners. The company plans to use 120,000 litres of seawater per second to cool the reactor. Thousands of marine animals may be sucked up by the system, so it must be protected by metal grills. The independent panel of experts called the Hinkley Point C Stakeholder Reference Group has warned that this system could swallow millions of smaller fish. Several species of marine life may die.

The UK government has given Hinkley Point strong backing. But opponents fear the project will undermine its own energy security and hamper efforts to curb CO2 emissions. In addition to this, Hinkley Point C has been delayed two years, and its construction may end up costing up to PS8 billion more than originally planned. The French state-owned company EDF Energy is leading construction of the project, but there are still concerns about the environmental impact of this project.