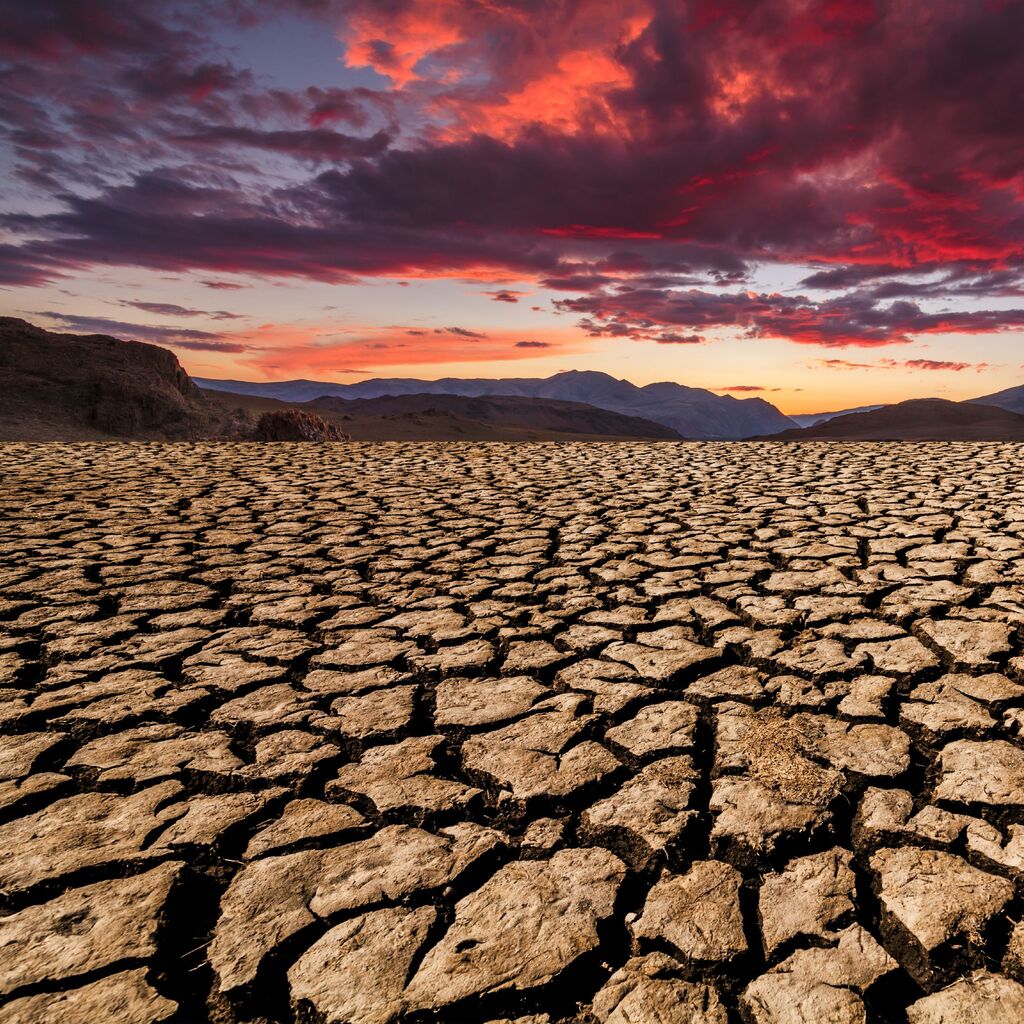 Changing global temperatures are causing a range of different changes, and this article will provide an overview of what is happening and what you can do to help stop it. It will also examine the causes and impacts of climate change, both natural and human-induced. Ultimately, it is important to understand what is happening so we can protect our planet from further damage. Listed below are some important factors to consider. The climate is changing and we need to act now to slow it down.

Increasing temperatures and extreme weather are a major concern for people everywhere. Climate change is altering agricultural systems, degrading coastal areas, and making some regions less habitable. You may have noticed that your spring storms have become more severe, or that your street floods during high tide. In some coastal areas of Alaska, people are being forced to relocate as sea level rises. This is because the area can no longer support the amount of food produced there.

The health impacts of climate change are vast and interrelated. For example, drought and heat stress affect crops, while flooding may lead to disease transmission and damage to infrastructure. Human health issues may also reduce worker productivity. These impacts are not equal in every region, however. Because of socioeconomic inequities, many people in poorer regions are likely to be more vulnerable to climate change. Regardless of the impact, it is imperative that we do everything possible to address the problem as soon as possible.

As global temperatures rise, there is more water that we can't store. Changing water levels will also affect coastal systems, causing a major problem for island nations. This will result in widespread coastal erosion. Further, water-based industries, like fishing, are likely to be negatively affected. Coastal erosion will also become widespread and exacerbate the threat of human-caused conflict. It may also be possible for the ocean to withstand higher water levels.

The chief cause of climate change is human activity, which has increased the amount of greenhouse gases in the atmosphere. These gases are naturally occurring in the atmosphere but our use of fossil fuels has increased their levels significantly. They trap heat in the atmosphere and cause unpredictable weather patterns, which can affect our daily lives. Plant life moves inland as temperatures rise and sea levels rise, posing threats to local wildlife. This has led to a global warming crisis.

Changing climate patterns have also altered other ecosystems. For example, fire seasons in Australia are getting longer and extreme weather events are occurring more frequently and with greater intensity. El Nino has become more irregular, which is causing droughts in parts of East Africa. Other changes in the climate are affecting sea levels, which may overwhelm sea walls and cause collapse. In addition, the air and water temperatures are changing, causing species to migrate or adapt in a short amount of time.

The effects of climate change are caused by a combination of factors, including natural climate variations and changes in atmospheric circulation. Many regions of the world experience changes in their local weather patterns, with wetter summers and colder winters. Some polar regions experience stronger winds than other regions, which contribute to occasionally colder winters. These changes in weather patterns are largely attributed to the persistence of the North Atlantic Oscillation, a pattern of seasonal variations.

Global warming has also altered the oceans, with the Arctic experiencing the most dramatic changes in summer sea ice. This change has increased the amount of heat in the atmosphere and increased the amount of water that evaporates. The warmer conditions will also increase sea levels, which will raise the risk of storm surge and coastal inundation. In addition, warmer ocean water will increase sea levels and melt glaciers, which will cause an increase in sea level.

Humans have increased their impact on the climate, cutting forests and raising livestock. These activities contribute enormous amounts of carbon dioxide (CO2) into the atmosphere. These gases enhance the greenhouse effect, causing global warming. The concentration of CO2 in the atmosphere has increased significantly over the last 150 years. Pre-industrial CO2 concentrations were 280 parts per million. Today, CO2 concentrations are 48% higher than they were 800,000 years ago.

Observations of global warming show that human activity is responsible for more than half of the increase. Climate scientists can now quantify the chances of extreme weather events resulting from climate change. These calculations are based on a variety of records. Observed changes in the amount of CO2 in the atmosphere over the past 150 years are one of the most reliable indicators of the contribution of human activities to global warming. The Office of the State Climatologist in the University of Delaware addresses observations and climate change.

The second most common greenhouse gas released by human activities is methane. Methane represents 10 percent of U.S. greenhouse gas emissions, with the majority coming from livestock farming. Methane emissions are also released from natural gas and oil production and from organic waste decay in landfills. While carbon dioxide is the most significant contributor to global warming, methane is more potent than carbon dioxide. The combination of these factors causes the effects of global warming.

In the third assessment report, the IPCC concluded that human activities contributed to about half of the observed increase in temperature over the past 50 years. The report also noted that natural factors have caused a slight cooling over the past 50 years. Nevertheless, the fourth national climate assessment concluded that human activities contributed to 93 percent to 123% of the observed warming. The scientific consensus was clear: humans are responsible for increasing the temperature of the Earth.

The Earth's climate has always changed, but recent trends go beyond its normal fluctuations. The dominant cause of global warming is human-induced increases in the concentration of greenhouse gases in the atmosphere. These gases are responsible for warming the Earth's atmosphere by trapping energy from the Sun. Natural processes also play a role in climate change, increasing precipitation and clouds, which act as feedback mechanisms. However, this explanation is not definitive. Natural processes are still important in climate change and can play a role in reducing its effects.

The natural processes responsible for climate change include changes in the temperature of the ocean, land surfaces, and vegetation. The atmosphere and oceans are linked in a complex way. These processes affect the climate, affecting the distribution of vegetation on the Earth's surface, transferring water into the atmosphere, and influencing the horizontal movement of air across land surfaces. While many of these changes are inevitable, there is still much more research to be done to understand the causes and effects of global warming.

The physical properties of the atmosphere influence climate and affect the weather around the world. Solar radiation, ocean currents, and land vegetation all affect the atmosphere, which ultimately determines the climate. However, human activities also alter the amount of precipitation and the intensity of rain and snowfall. Various human activities also affect the climate and alter the amount of water in the atmosphere. This means that global warming is not inevitable, but human-induced climate change is the cause of some of the world's extreme events.

The carbon dioxide levels in the atmosphere are increasing. In fact, the earth's atmosphere is about four percent higher than it was in the past. This is an increase of about 48 percent since the Industrial Revolution. Human activities also cause the increase of carbon dioxide in the atmosphere, which makes global warming even faster. These changes can be seen in the weather as it is today. There is a growing concern about global warming.

Adaptation to climate change requires ongoing decision-making processes that include a wide range of stakeholders and disciplines. Such efforts must be socially relevant and involve trade-offs. The research and policy processes should be informed by an understanding of the challenges and opportunities posed by climate change. This requires collaboration across different levels of government, sectors, and disciplines. Furthermore, adaptation research must involve all stakeholders and must be grounded in the principles of social science.

Incorporating social science and policy into public policy processes is a promising avenue for adaptation. It may involve the use of animal-based technologies to clear vegetation, for example. Adaptation to climate change may also include the creation of a support group for young people who have survived wildfires. Adaptations to climate change can take many forms, from redistributing land or expanding hotel capacity to improving infrastructure. However, as climate change progresses, the likelihood of such positive effects decreases.

The impacts of climate change are affecting every aspect of human life. Many residents of the U.S. have already begun to see its effects in the form of frequent downpours and wildfires. These conditions are threatening our communities' way of life. Adaptation efforts must consider all these challenges. The federal government is promoting adaptation through national strategies and regional climate centers, and it also helps support early adaptation efforts by the private and public sectors.

The United States is leading the world's response to climate change. The federal government has established an agency-specific adaptation plan, and many states are developing sector-specific plans. Several states have also created legislation or programs to prepare for the impacts of climate change. In addition, individual and organizational actions are increasing the country's adaptive capacity. And as the global climate changes, we can't afford to ignore these opportunities! This book examines the ways in which we can adapt to the challenges posed by climate change.