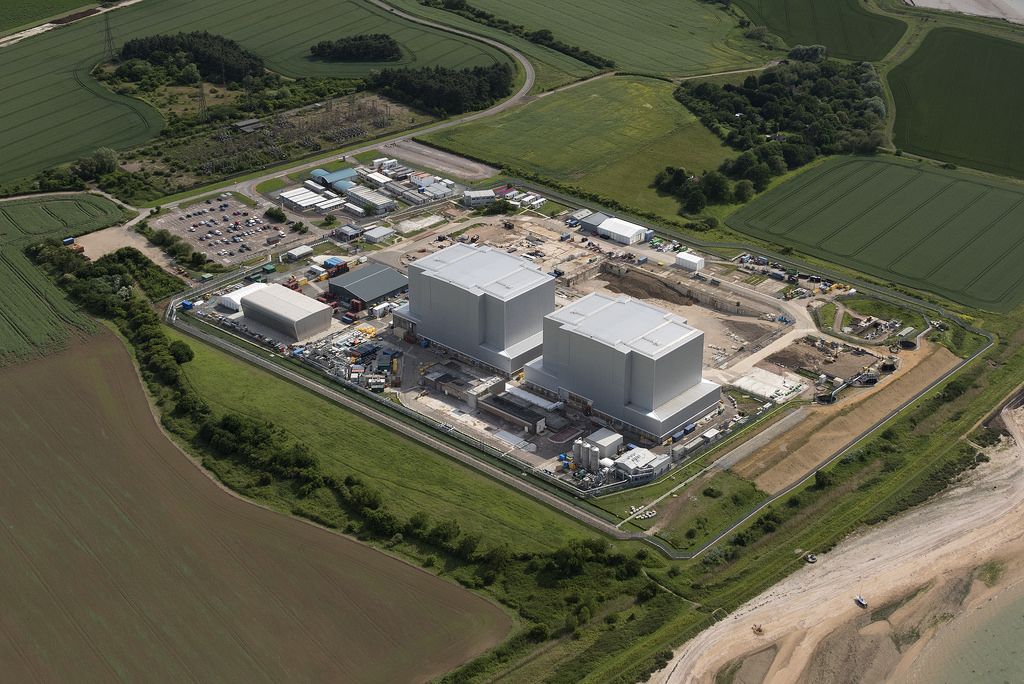 The Magnox Bradwell Nuclear Power Station has been defueled and is undergoing C&M preparation. The C&M preparation mainly consists of decommissioning the nuclear plant and removing it from the surrounding buildings. John F Hunt Demolition is the demolition contractor contracted by Magnox to complete the work. Here's what you need to know about the decommissioning of Bradwell Nuclear Power Station. In short, it is a regional dumping ground for radioactive waste.

LLW and ILW are stored at bradwell nuclear power station

LLW and ILW are the waste products from the demolition of nuclear facilities. They remain a threat to humans for 100 000 years. However, the government and industry have agreed to manage the site. Bradwell will be responsible for the disposal of both types of waste. This nuclear waste is disposed of in special underground storage facilities. However, the amount of LLW stored at the Bradwell nuclear power station is a concern.

In 1986, the Government announced its intention to store HLW and ILW at the Bradwell nuclear power station. The reason was economics. However, in 1989, Nirex announced that it would conduct investigations at Dounreay and Sellafield. It soon began drilling at these sites and selected the latter. The decision to use Sellafield as a repository was announced in the White Paper This Common Inheritance in 1990.

Bradwell nuclear power station is a site located near London. It was originally home to the Magnox nuclear power plant. The Magnox plant was shut down in 2002 and the Bradwell site was approved for a new build in 2011. EDF and CGN jointly own the site through the Bradwell B Power Generation Company Limited. Bradwell B will consist of two Hualong One units that produce 1150 MW each.

There are three main types of nuclear waste. LLW consists primarily of building rubble and soil while ILW is composed of metal scrap and glass blocks. LLW is produced by the manufacture of nuclear fuels, and ILW is generated during uranium enrichment. At present, ten nuclear power plants are decommissioning and removing spent nuclear fuel.

It is a regional nuclear dumping ground

The Bradwell site entered a care and maintenance phase in 2002. The reactor buildings have been defueled and decommissioned, with the waste being packaged and weatherproofed. The station was put into service in 1962 and ceased operations in 2002. Nevertheless, the site is a regional nuclear dumping ground for waste. As a result, it will remain in the area for 70 years and be cleared when the waste is decommissioned.

The government and the industry have been emboldened by the contemporary Discourse of Security, which has led to the concentration of nuclear risk in vulnerable locations. Communities have been left disadvantaged by the push to build new nuclear. As a result, the government has increased centralization and minimized community involvement, and concerns about fairness between communities have been relegated to the background. The Bradwell nuclear power station is not an exception to the trend in British nuclear.

As nuclear energy returns to the political agenda, the response to the emergence of new sites will depend on the extent of peripheralisation. West Cumbria, for example, is heavily dependent on the nuclear industry. Anglesey, Wales is undergoing a similar situation as it struggles to survive the closure of its nuclear power station and the aluminium works. In spite of the growing debate about nuclear energy in the UK, local communities are not benefited in any way.

The United States has accumulated millions of liters of radioactive waste, most of it generated during the Cold War. This waste is comprised of liquid, sediment, and sludge, and is a byproduct of the production of plutonium for nuclear weapons. These wastes have been stored underground for 45 years, most recently in Hanford, Washington, and at the Savannah River Site in South Carolina.

The researchers say their study reveals a previously unknown mechanism of corrosion. The process occurs when dissimilar materials are in contact with each other, and the result is an accumulation of ions that cause deterioration. Vienna cautions against drawing too many conclusions from the findings, however, and says the accelerated corrosion process is limited to a 10 um-thick area of a standard vitrified waste sample.

The NRC regulates the storage and disposal of high-level and low-level radioactive waste in the United States. It also regulates the disposal of high-level waste that is not part of research and development. Many states have formal agreements with the NRC, allowing it to exercise authority over various activities, including low-level waste disposal. These states are known as Agreement States. Besides the NRC, many other entities, such as the Department of Transportation, are involved in the design and construction of disposal facilities.

In a near-surface repository, the materials will act as barriers to the radioactive waste, ensuring that it remains anoxic in a geologically conditioned environment. Aside from sulphide-producing bacteria, the presence of a sulphide-producing bacteria in bentonite clays suggests that sulphide-producing bacteria are a concern. Such bacteria have the capacity to reduce ferric iron, reducing the risk of nuclear contamination. The nuclei that are trapped inside the clays must escape through molecular diffusion to escape. If the particles are not removed in time, they will be transported away by seepage rates.

It is close to Southend

The site is situated on the Dengie peninsula in Essex, and is the first nuclear power station to be placed into a quiescent state in the UK. The plant began operating in 1957 and was capable of producing enough electricity to power three cities. The site is now being considered for redevelopment by China's General Nuclear Power Group and China National Nuclear Corporation. The application will include several other environmental and infrastructure improvements.

In 1966, twenty natural uranium fuel rods were stolen from the site. Harold Arthur Sneath, a construction worker, and his son David Hadley stole the rods from the power station and sold them for scrap value. When police noticed that Hadley's van had no steering, they arrested them and recovered the rods. The two men were convicted of theft and sentenced to five years in prison, fined PS100, and ordered to contribute towards the cost of the court case. Neither man understood the consequences of their actions.

Proponents of the new nuclear power station near Southend are divided on its viability. The government is making assumptions that nuclear will continue to supply around a fifth of the UK's electricity needs. But while nuclear power has been around for decades, renewables' roll-out has put this assumption into doubt. It's not easy to find a balance between renewable energy and nuclear power. But the proposed plant is a step in the right direction. Bradwell B will help meet the UK's net-zero carbon commitments.

The nearest nuclear power station to Southend is Chelmsford. It uses reactors from The Nuclear Power Group and turbines from C. A. Parsons & Co. It is equipped with a standby auxiliary turbine. The temperature of the steam at the turbine stop valves is approximately 371 degrees Celsius. Moovit provides free, real-time directions to Bradwell Nuclear Power Station. You can even view live traffic updates and a map of the nearby public transportation stations.

It is a guinea pig

If you think a nuclear power plant is dirty, think again. Bradwell nuclear power station has been a notorious guinea pig. The animals are part of a living factory. The animals are fed rodent pellets into a bio-digester based on a Chinese model. Bacteria and guinea pig waste are metabolised into methane gas and a dark brown liquid plant nutrient called slurry. The animal waste also contains a growth hormone that is potentially harmful to human health.

The plant was originally supposed to close down. However, it was allowed to stay after a public inquiry lasting three days. In fact, the plant is part of the government's replacement nuclear programme. The current situation is both controversial and fearful, with local communities holding a denial about the future of Bradwell nuclear power station. However, some people are still holding out hope for a wind farm in Bradwell.

The approval is considered a major step towards building a new nuclear power station in Britain. The HPR1000 reactor will be used at Bradwell. It is still in the early pre-planning stage, requiring extensive research and consultations. Before a planning application can be approved, detailed proposals must be made. But Bradwell is vital to Britain's future. The country's ageing nuclear plants will cease to operate in 2030 and the government plans to shut down coal plants by 2025.